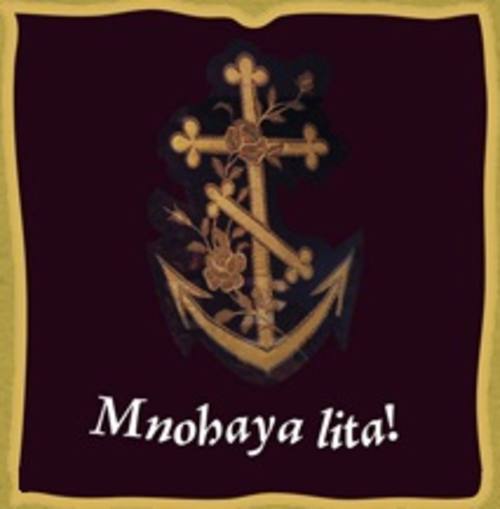 The year was 1912. The event was a celebration. It was a time in which many people were thankful for their own lives and for their fellow human beings with whom they shared burdens, worked for goals, and grew in the understanding of a new world. These people were Ukrainian immigrants who had left their homeland in search of the promise for a new peace and prosperity for their families.

As with many new Canadians the Ukrainian people brought with them their language, customs, and beliefs. The people settled close to their work place. Realizing the importance of family and community these new Canadians built a church where they could come together to worship. The church was named the Holy Ghost Ukrainian Catholic Church.

Mnohaya lita! Celebrating 100 Years of Ukrainian Faith in Cape Breton, Nova Scotia is an exhibit honouring the centenary of the Holy Ghost Ukrainian Catholic Parish in Sydney, Nova Scotia. The exhibit was installed and open to the public at the Cape Breton Centre for Heritage and Science (The Lyceum), 225 George Street, Sydney, from February 2nd through November 17th in 2012. It has now been uploaded into the diversitycapebreton.ca archive, and is available here to the public. 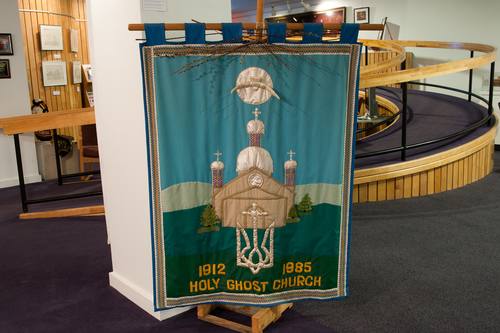 This processional banner was made by parishioners in 1985. Their names are embroidered on the bottom corner: Betty Marmulak, Mary Pronko, Kaye Melenchuk, Lydia Tatanish, Helen MacLean. It was donated to the Holy Ghost parish in memory of Walter Marmulak, by his family. In the entrance to the Holy Ghost Ukrainian Catholic Church, a table is laid with prayer books, church bulletins and other items. 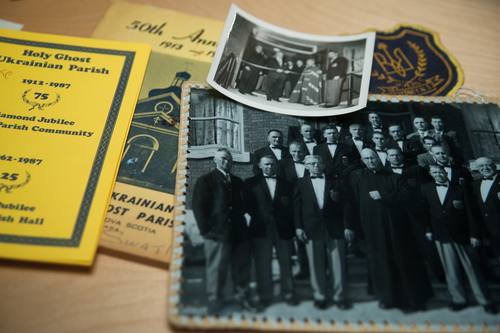 These two photos show activities at the original Holy Ghost Ukrainian Catholic Church Hall, built in 1928. 1 – Father Zarsky and other priests gather with parishioners in the 1940s. 2 – A celebration in the Ukrainian Hall, date unknown. These booklets and concert programs are from various parish and Ukrainian community celebrations. 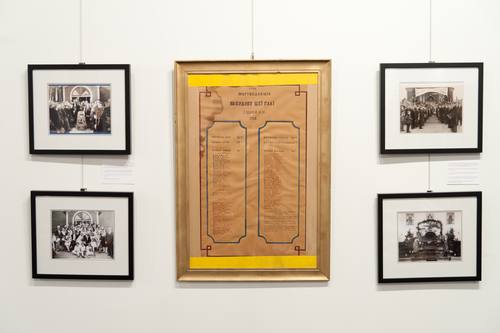 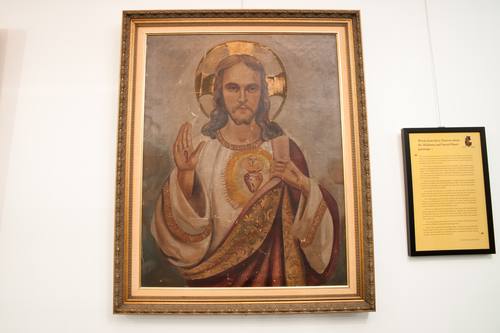 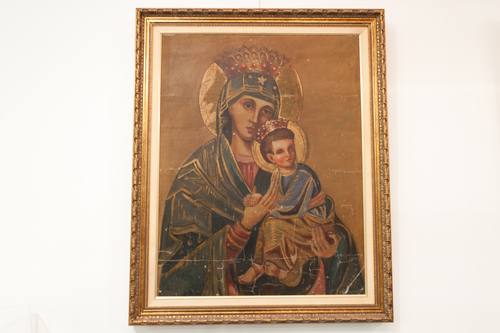 The Madonna and Sacred Heart Paintings

Please click the photographs to zoom in to view.

“The two paintings presented here were rescued from a pile of debris in the basement of the church, destined for the Sydney landfill. It was by chance that Father Khrivoklavy, the pastor at that time, led me through the basement when he and his family were packing for their transfer to Ontario. I noticed some crumpled-up old brown paper on the floor - then I saw the canvas packing. Carefully opening the mass, which was covered in mould or mildew, revealed images of the Madonna and Sacred Heart. Realizing the possibilities, and having some experience with oil paintings, I asked Father Khrivoklavy if I could have them. Since they had been discarded, he saw no reason why not, and appeared surprised that I would even want them. There was another badly damaged painting - on cardboard and in an elaborately carved frame: perhaps it was ‘Our Lady of Perpetual Help’ - that was also buried in the trash. It was quite large, and regretfully at that time, I felt it was too large to bother with. Most likely it went to the landfill. It was some time later that I proceeded with the restoration. The canvases smelled from the mould, and were quite brittle. There were also some perforations, tears and creases, from the canvases being crumpled up for such a long time. Once the paintings were laid out flat and dried, there were bonded to a new and stronger canvas backing, then they were stretched on a frame. I started to proceed with the cleaning and restoration, but decided to leave them as they were (notice the small and brightened portion of the Madonna’s crown). The years of candle smoke and incense had left their mark, and that added to the antique appearance of the first painting (Madonna). Similarly, the cracks and tears were also left as they were. The new linen liner (inner frame), which is in fact new, I stained with tea to look aged so that it would match the older lining. The antiqued frame is also new. The second painting (Sacred Heart) was recently cleaned, stretched and framed to match the Madonna painting (framing is expensive). Since I have an older home with high ceilings, I am able to accommodate these large paintings. I feel that they are remarkable, not only for their appearance, but also for their historical significance. Eventually, when an appropriate location becomes available, I hope to return them to the parish. 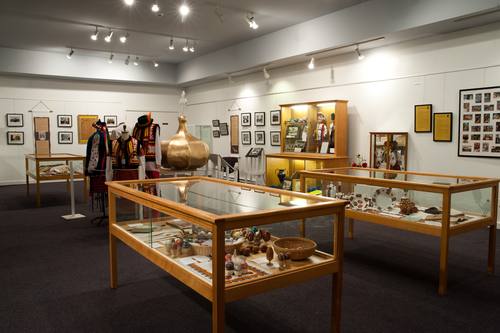 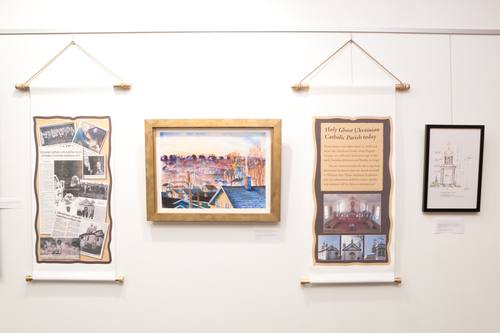 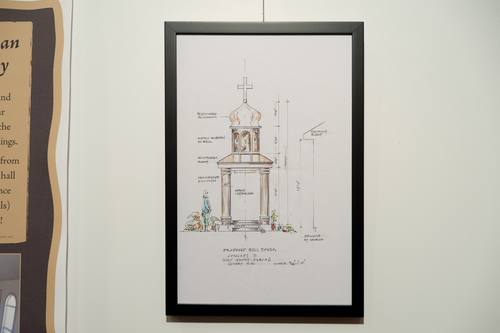 Please click the photographs to zoom in to view.

To explore a shorter version of this exhibit, please visit Cape Breton Ukrainian Church hosted within our archive.